Trump tweets Obama tapped his phones: Either way we are f*&ked

So last night President Donald Tic Tac Trump tweeted that President Obama had Trumps office bugged with a wiretap last October.   Now, if it is true, that is f*&ked up, to say the least, and if it isn't?... it is even more f*&ked up than ever.

Either way, we are very f*&Ked. 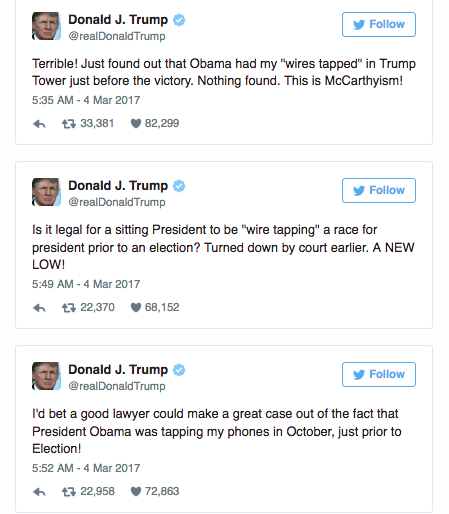 Sorry to be the bearer of bad news, but, why would Donald Trump tweet that unless he has something to hide...

Who is watching this guy!!!  Obviously he Sir Donald Tic Tac Trump is worried about whatever those conversations he had with Russia were a treat to him.

God, I've said it before, Donald Trumps birthday is June 14th, which also happens to be the same day that Benedict Arnold was hanged for treason, for having "secret communications" with Britain during our war of independence.   Yes, a traitor!   Is Donald Trump a traitor?

Well, that's not the only similarities between Trump and Benedict, both were egotistic businessmen born from a wealthy privileged class which allowed them to be screw-ups and still get ahead.   Both thought their shit didn't stink.

Now, I know some of you think that I am being a dick by writing this, but to you I say only: 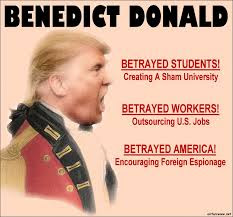 at March 04, 2017
Email ThisBlogThis!Share to TwitterShare to FacebookShare to Pinterest
Labels: Politics