Blame Charles Manson and the Liberals for today's airport shooting. Why not. 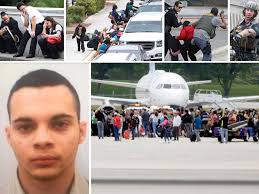 So, here we go again, another nut is killing people while Charles Mason lies dying in a prison.  So what does one have to do with the other?  Well, back in 1969 Charles Manson and his group of Hippie Deplorables (sp!) killed five people and it was choking news for months, and allowed Conservative Opportunist like Richard Nixon and Ronald Reagan to usher in this conservative movement which has closed public hospitals, schools, and pension plans along with given us Donald Trump, the N.R.A, and Fake (Fox) News.


That's right,  just a few hours ago in Fort Lauderdale's Hollywood International Airport, Esteban Santiago, age 27,  has murdered the same number of people as Charles Manson did in Hollywood California 46 years ago, only now,  it will be news for a few days before we move on to something else like a disturbing Donald Trump tweet, or Mike Pense hard-on over Planned Parenthood.  Yes, the news feeds will last a few days and then move on; meanwhile, the N.R.A has already put out a warning not to blame the gun, but blame Bernie Sanders for showing pictures of Donald Trumps tweets at a congressional session. 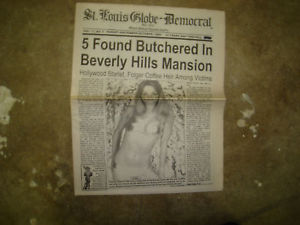 The problem is not the left, it is the right, and when the facts show this 27 year-old mental patient should never have had a gun, but needed help from a mental institution which Ronald Reagan cut funding for to give the wealthy bastard more money, they will still find a way to blame this on Nancy Pelosi -- which is fine by me, she should have been fired after supporting George Bushes war with the rest of them.

Finally, here's a joke for you and you are going to choke on it too: